Christopher the cook killed one of the hens, and sweated over the cooking pot. The party enjoyed a meal of stewed chicken, cooked in a vegetable broth that consisted of herbs plucked by the river, some pickled veg from one of the pickle jars, and a portion of hard tack.

Gilbert the yeoman returned from scouting the land and reported that the river turns towards the east just a little way beyond where they have stopped, and the heath continues for several miles ahead. In the afternoon, he will scout towards the west.

The horses are all unharnessed and feed on oats. 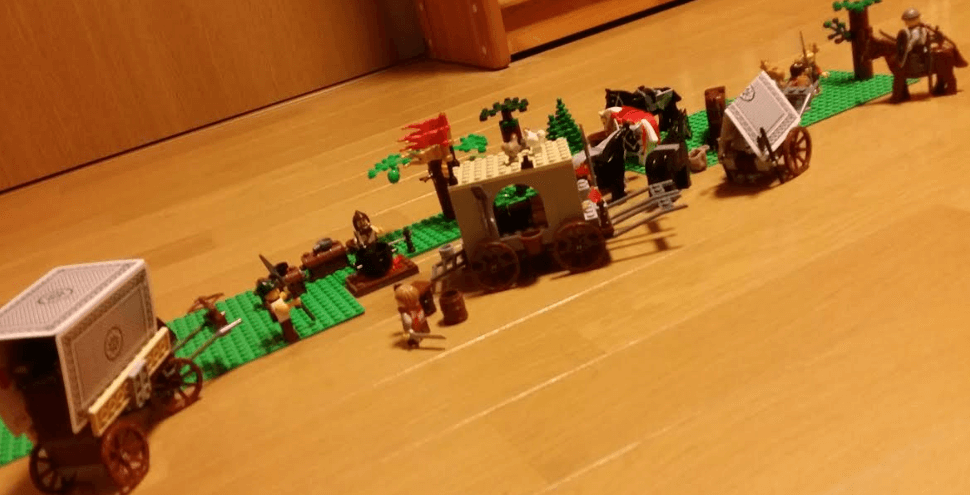 I will keep track of the party’s consumption of victuals in a later blog post. What I have worked out though is that,

Sir Richard orders Squire Patrick to return to his manor to fetch a party of workmen, wood, rope or hempen nets, and so forth so that they can build a fishing station and weir. (At a later date they may want to build some boats, the more easily to send supplies from the fishing station down the river.)

Meanwhile, the party shall move further along the river, and then await the return of Squire Patrick.

Their repast concluded, the party prepares for its respective tasks. The cook and servingman pack the wagons and harness the horses. Squire Patrick and Gilbert make ready to ride off.

As the party is preparing to move deeper into unknown territory with diminished numbers, Perkyn assists Sir Richard in putting on his armour. 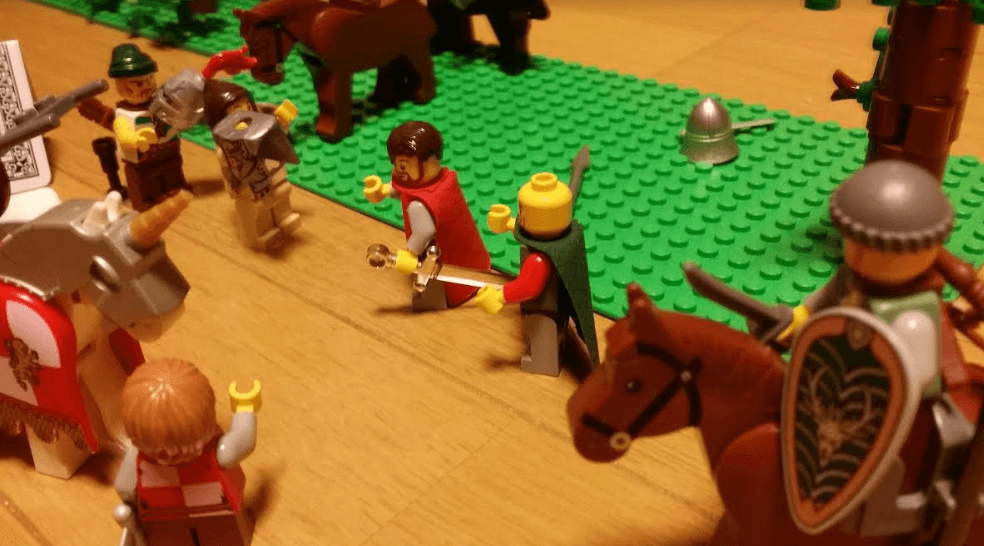 We are now at the second hour of the afternoon.

The question is, at what point will Sir Richard’s plans be interrupted by the gang depicted by the 5 of Rods?

It turned out (by rolling a couple of colour-coded 10-sided dice, and then a 6-sided die to get the exact times) that the local brigands appear on the scene at (what we would call) 2:18pm while Sir Richard’s party was still preparing to move off.

All they needed was another few minutes, but the appearance of a band of brigands changes everything…