It’s been a while since I bought any Lego gear, but on Saturday I found a box in the Lego City series 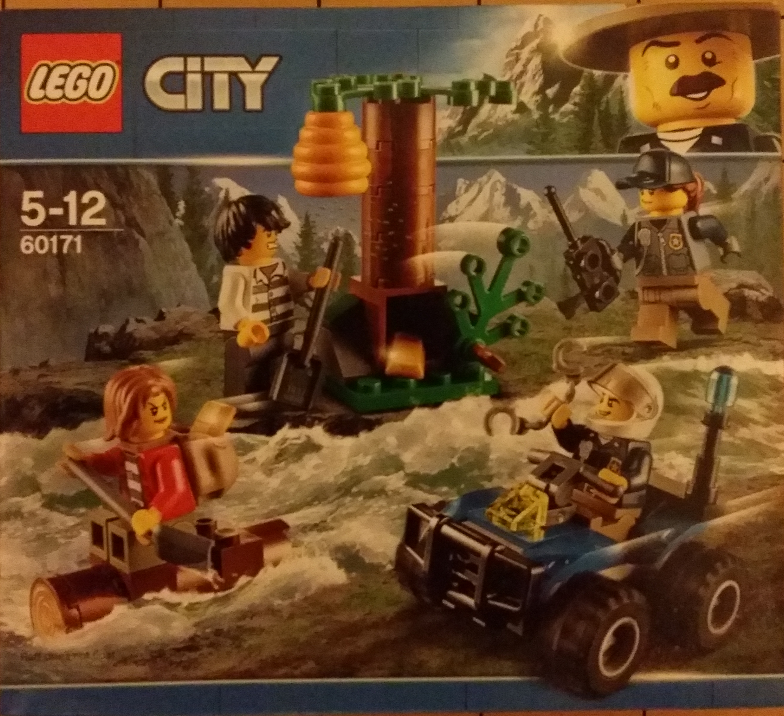 that would supply Sir Richard’s men with two shovels and Sir Richard with two bars of gold. It would also give me four more minifigs to press into service whenever necessary, and an extra tree or two.

As a result, I think the party is now fully equipped and more or less ready to venture forth.

In a comment to my previous blog post I wrote that the party needed tents, cloaks, and tarpaulin sheets to cover the baggage carts.

Sir Richard and his squire now have cloaks.

I hit on the idea of using Daiso playing cards for tents and tarps. Three of the party, the squire, the yeoman and the cook have tents each made of two playing cards taped together.

However, the camping gear required a horse and cart of its own, along with an additional servingman to look after the gear and drive the cart. The servingman will use the tarp that covers the cart, made out of two playing cards, as a tent attached to the cart.

I folded one playing card in half to serve as the tarp to cover Sir Richard’s war gear.

Today Sir Richard’s party set up camp by a lake prior to setting off on their venture. You can see from the photos that Sir Richard will be taking quite a bit of gear with him on his venture.

What remains to be done before the venture can begin is to work out various details such as:

Food and drink consumption rates, cost of stuff, how much the treasure in Sir Richard’s chest is actually worth. That will take up the next few days.

Once they strike camp and set off, procedures and rules will be worked out heuristically, beginning with questions as to what sort of terrain they are entering, the weather, and whether or not it is inhabited and who by.