A slow start to the 3rd&40th birthday suited me just fine. I had a bit of a lie in after having spent the previous evening celebrating with the wife and daughter at what I regard as the best little restaurant in Hiroshima, namely, Toriwaka’s.

The daughter was entertained by occasional trips behind the counter to view the fish tank and its contents. She was most impressed when Toriwaka pulled out one of the fish, whipped its head off and gutted it in a single flourish before turning it into a dish of pellucid slices of sashimi arranged fanlike around the plate. Yes, I was feeling rather sated the following morning, but there was much to look forward to…

We played our penultimate match of the season out in Hatchihonmatsu against a team called Access (perhaps in acknowledgement of how many goals they let in – even more than us!). This team had so far this season lost every game and scored only one goal. When we arrived we were heartened to see several of the Access team with fags in their mouths and few of them evincing much of an athletic demeanour; they had brought with them a large retinue of wives and kids and the only person I saw kicking a ball before kick-off was one of their toddlers.

Today, our team consisted of ten young, fit and skillful Japanese players and the usual three foreigners: one old foreigner (myself); one middle-aged one (Dan) who keeps the sinews of his body together with an arrangement of tapes, garters and corsets; and one foreigner junior in years to the other two, but still much older than any of our Japanese team-mates, who has been suffering from a season-long lack of finish in front of the opposition goal which has been diagnosed as the onset of a sporting-man’s midlife crisis (Jaime).

It turned out that our captain had a gimpy leg and had turned up merely to support the team in its endeavour to secure enough points to secure its future in the “B” Division of the Hiroshima City League. Still, with 12 players available it was soon confirmed that I would be the sub for the first half and that suited me fine – I was not looking to exhaust myself on my birthday.

Our team started brightly. We were all over them. The youngsters in our team worked their socks off. One player in particular deserves mention, our chubby number “Zero”. He played with real determination on the right wing, going for every ball and battling away to turn it into the box. Unfortunately, our crossing into the box lacked incisiveness, and over on the other wing our corners were dismal efforts. Jaime worked hard up front too and it looked as if today would be his day as he threaded his way into the box several times and struck the post once.

Access gradually noticed that we were not taking our chances. After the first 20 minute onslaught had come to nothing Access began to threaten a few times too and the game became a more balanced affair, with our goalkeeper making a few fine saves – he has really settled into his role and today he pulled off his best performance none of his “mad runabout” capers, and with a constant composure when on the receiving end.

DEH launched another attack and this was when our chubby “Zero Hero” struck. On the ball he was like a dog with a bone. He fought his way through to the goalmouth and slotted the ball home from close range. That was a lovely moment; delight all around but we were only able to celebrate for a few minutes because Access responded in kind when one of their strikers sent the ball across the face of the goal and into the left corner.

At half time the captain told me to replace Dan at right back. Dan told me that the players were a bit dirty but that the one to watch was their no. 10 as he was big but also mobile and skillful. However, I was to ignore him when he wandered deliberately offside. It sounded like fun.

Within 3 minutes of the second half I was chasing a stout fellow towards our box and, determined not to let him get away, I stretched my stride and felled the fellow by (accidentally) treading on the back of his foot. Painful or what? He took it in good part and I do not think it amiss to stretch my leg out and mark my man, no more than a dog would think it so to stretch his leg out and mark his patch; I AM an old dog but not so old as not to learn a new trick or two and doglike too I find it convenient as well as necessary to pant as I chase back; it strikes fear into the striker if not more than once then once at least, provided he can hear but cannot see the panter.

It was interesting to observe the Access players while playing against them. They seemed to be out to enjoy themselves and this they seemed to be doing. They are not a team without merit but they do not strive confidently for victory. And yet, as the second half progressed without our team retaking the lead one could feel Access getting hungrier and more ambitious. Jaime had some chances but was stymied by bobbling balls. That we had not retaken the lead was also due to the dreadful offside calls of the linesmen which had begun in the first half and led to a “Jaime-shouts-at-the-linesman-and-throws-the-ball-away” incident. When Jaime threw the ball the Access no. 10 player ran across the pitch towards him presumably because he thought Jaime had thrown it at the goalkeeper (which he had not). Several players intervened to prevent an exchange of handbags. The linesmen would raise a flag on a shout rather than actually deciding for themselves whether or not a player was offside. Jaime’s reaction was provoked by the linesman delaying his decision until he had run several yards with the ball (from a position that was not offside in the first place). On another occasion in the second half the linesman declared a ball played from our own half to be offside. Then he declared one of our players offside who had deliberately waited onside to ensure the decision would not go against him.

As if to even things up on the dodgy decision front, during an Access attack in the second half, the referee blew his whistle as a fine aerial pass came across to one of the Access strikers from their left wing. Play stopped and we scratched our heads as the ref said:

It seems that he had blown his whistle by accident. The ref then wanted to drop the ball but we allowed Access to retake the kick – a sort of “free cross kick” and perhaps an innovation! Five minutes later the ref again blew a “no foul” whistle. What was he on? Or rather, what SHOULD he HAVE BEEN on?

There now followed a concerted Access attack. Their no. 10 was involved in the lot of them, but I found that provided he was tracked he could be rendered ineffective and when he fell on his arse and claimed a free kick (which the ref rightly ignored) he took it in good part. They had a couple of corners. When it comes to defending corners I prefer to mark a post (because it does not move) and shout at the other players to mark the unmarked attackers. Today it paid dividends in that an attacker picked up the ball in the box and tried to slot it home – and there I was to block it – so I can claim to be a “Negative Hero” at this end in comparison to our “Zero Hero” at the other end!

Talking of him, in the last few minutes of the game he once again battled away and slotted the ball home to promote himself to “Double Oh Hero.”

Access kicked off and the ball came forward to my right. I stretched for it, got a foot to it but a lame one and as I went to ground the ball went to their winger. I picked myself up and watched him slot it through to their no. 10 who had found some space in front of goal (part of the problem here is that our young Japanese players tend to hesitate from putting in a decent challenge on bigger players). Their no. 10 then turned and shot and the ball went into the right side of our goal. 2-2.

That was how the game ended and to tell you the truth I think it a fair result. Dan was rather subdued by the result and Jaime frustrated with his missed chances. I felt some responsibility for their equalizer, but I had thoroughly enjoyed myself and had also enjoyed the spirit in which this particular team had played the game.

We now have 7 points and I think we’ll stay up, unlike our opponents who may shortly be accessing “C” Division.

Jaime and I recovered from the match in the bath-house in Mukainada called Yamato no Yu. The indoor baths are “super sento” style, but the outdoor baths use seawater pumped up from deep underground which stings your football grazes when you get in but is thoroughly therapeutic.

We squeezed in a quick cleansing beer before heading off to our next engagement, i.e. my birthday celebration at…

Present tonight around the table were:

Topics of conversation worth mentioning:

1. Don enquired what my t-shirt was all about as I am a Leeds supporter. Jaime and Tim had given me a t-shirt with a photo of Rooney with the word “Rooney” emanating from it in several directions. The line that Jaime had taken, and which I chose to accept, was that since there is no reference to Man U on the shirt I can wear it as an England supporter!

2. Don’s hypothesis that “Rooney might be like Tyson” i.e. a young terror who burns out early. This led to an objection from Kenyon which was not followed up perhaps because I asked Don if he remembered “The Fen Tiger”…

3. Tim’s recent interview for a job as an interpreter for a certain Japanese baseball player in America. What better job could there be for a Japanese-speaking American baseball fanatic??

Then Satoru arrived and presented me with a bag full of beer. It therefore transpired that at the end of an evening of five hours of non-stop drinking, the hardcore (Don, Tim and I), found ourselves outside Suikoden with a bag of 18 beers and promptly attempted to diminish its contents somewhat. At some stage – it gets rather hazy now – Tim led the way into town, past Mac (shut), past Chew Me (shut) and around the corner to Kemby’s AM (open) for a final “one for the road” – which is where it ended up when I got out of the taxi that took me home well after “the last tram” had gone to bed.

A fine birthday, all told; a session of mahjong was all that was lacking that I am prepared to speak about.

Grab My FREE Training & Discover How YOU Can Transform Yourself Into A "Bitcoin Superhero" - In 2020! - With ZERO Out-Of-Pocket Expense! 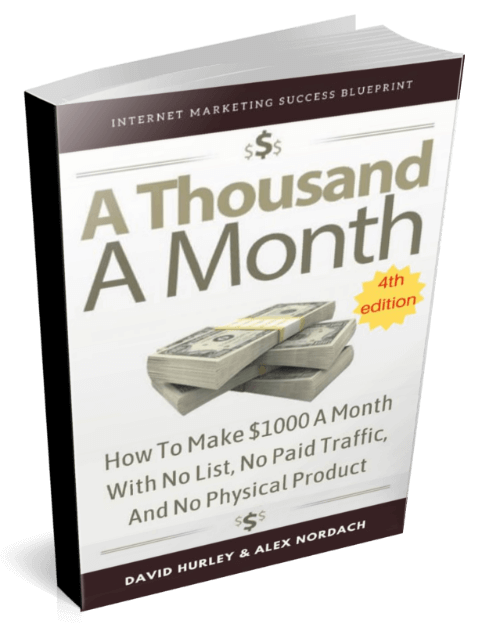